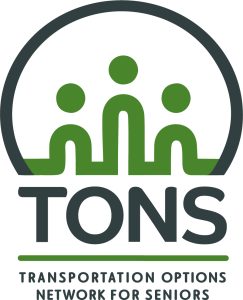 In April 2013, Jennifer Howard, Minister of Family Services and Labour and Minister responsibile for Persons with Disabilities and Women introduced Bill 26 (The Accessibility for Manitobans Act) for First Reading. The new legislation would help governments, private-sector businesses and advocacy groups to work together to make more places and services barrier free in Manitoba, with the goal of a fully accessible province states Minister Jennifer Howard.

“Nearly every Manitoban has a disability, knows someone with a disability or will acquire a disability as they age,” Howard said.  “We all benefit from preventing new barriers where we live, learn, work and play and by implementing long-term plans to remove existing ones.”

The proposed legislation would set out a framework for collaborative, long-range planning between governments, the private sector and accessibility advocacy groups to make proactive and innovative solutions that enhance accessibility, independence and social inclusion of all Manitobans, Howard added.

“The tabling of this historic bill represents the first step toward Manitoba becoming a true leader in promoting and protecting the human rights of the nearly 200,000 Manitobans with disabilities,” said Jeannette Delong, a committee member of Barrier Free Manitoba.

“This is truly a historic day in Manitoba and, while accessibility legislation will not remove every barrier, it is an important tool to help us make Manitoba more accessible, not just for persons with disabilities, but for all Manitobans,” said Jim Derksen, chair of the Manitoba Accessibility Advisory Council.

The legislation would outline principles such as access, equality and universal design to guide the development of accessibility standards and regulations in the future, Howard said, adding the introduction of standards would help eliminate many existing barriers in such areas as building design, information services and employment practices. The proposed legislation is based on recommendations from the Manitoba Accessibility Advisory Council, which is made up of members with diverse backgrounds and experiences including representatives of organizations of persons with disabilities, business and municipalities.

The minister said public education would be key to introducing the new proposed legislation, to boost public awareness of the benefits of full accessibility and to create a clear understanding of the obligations individuals and organizations would have under standards established by the act.  The proposed act would ensure compliance would be attained through a graduated enforcement system.

“I would especially like to thank Barrier Free Manitoba, a group that since 2008, has pushed us to go farther and faster, and the hundreds of individuals who provided input into this accessibility legislation,” said Howard.  “This proposed legislation will move our province toward the goal of a fully inclusive society and produce a lasting legacy.”

Details on the proposed legislation are available at WWW.GOV.MB.CA/DIO.

Unfortunately this Bill, which was expected to receive Second Reading this summer, is held up as the debate over the budget and 1% increase in Provincial sales tax continues.